myuptech.com
Uptech
Other, Tips& tricks
Comments
FaceApp can make you look 20 years younger, or even 50 years older. People, even celebrities, are having great fun using this app. The viral app “FaceApp” now owns access to more than 150 million people’s faces and names!
According to FaceApp user agreement, the company owns a never-ending, irrevocable royalty-free license to do almost anything they wish with them! 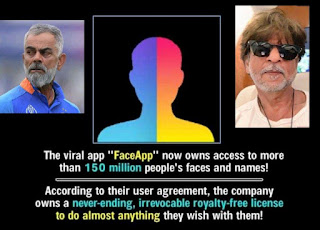 FaceApp have some crazy features like Swap genders and Change your age {Get younger or older}. FaceApp have more than 150 million people’s faces and names with royalty-free license. The “free” in royalty-free does not mean there is no cost for the license, but instead refers to being able to freely use the image without paying additional royalties. Experts say that the app’s Russian creators have too much control over the photos on your phone.

The ageing app is also in the middle of an age-old controversy – that of data misuse and leak. FaceApp has been criticised for being of Russian origin, for imposing strict terms and conditions whereby they can permanently keep and use all your photographs. All of this reignites the classic debate of data protection and prevention of possible misuse.

According to FaceApp privacy, the company owns a never-ending, irrevocable royalty-free license to do almost anything they wish with them. 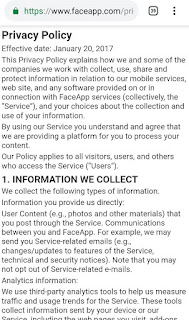 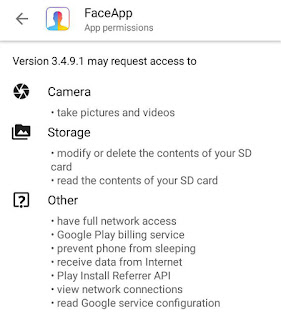